African Marabou by Dabiya in Canada

THE OCCULT MARABOU POWERS CAN CHANGE YOUR LIFE!
Marabou Dabiya is the expert marabou of African occult powers and love spells in Canada.

This great Master is particularly involved in everyday situations such as chronic bad luck, passing exams, family or professional conflicts, financial problems, fear of the future, self-confidence. Also, he can work on more complex cases like spell-casting or spell-taking, protection against spells and spells, creation of defensive spells. *

GREAT GIFTS OF BIRTH!
The esoteric gifts are transmitted through a lineage of insiders.

The power of this spiritual healer is an ancient craft of Black Africa which cannot be improvised or taught. Professor Dabiya is an elect of the Divine Spiritual Forces who possesses the perfect knowledge of the occult sciences. This marabou masters the occult forces and practices all kinds of dark magic to release all negative issues. His deep teachings can help protect the life path of his patient against destructive plagues.*

A SENSOR AT THE SERVICE OF YOUR CAUSE!
The sorcerer has a third eye that reveals your invisible awareness.

Professor Dabiya leaves behind his corporeal existence and, with deep focus and concentration, instantly and intuitively connects to the paranormal ether and develops protective magic. His calculations of incantations and his ritual formulas are adapted to each specific case. Thus the benevolent spirits awakened by the energy of the marabou Dabiya can come to act on the soul in distress and guide it to a serene existence. 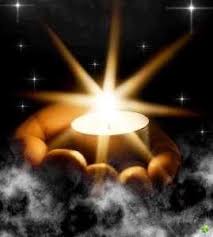 « My expertise as a medium, especially in love spells, to find a personalized solution to each of your problems! »

☛ Write to the great Marabou DABIYA

calls are charged at standard mobile rate, with no surcharge

Works remotely, wherever you are